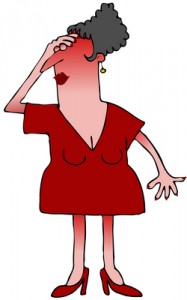 I just admitted I goofed.  It was something minor – a data field for a Destin FL Bank of America short sale.  I accidentally entered the wrong property tax amount. Or, shall I say, I was doing too many things at once and should have checked my work. No harm was done, but the negotiator had to re-create the task so I could do it right.  He didn’t say “You goofed, idiot!”.  He just asked me to re-do it. I had two choices.  I could have just done the task, or could have also admitted I had made a mistake.  I did the latter.  Here is my email:

“Got it!  Sorry I messed up before!  Happy Thanksgiving Week!”

This seems like a minor point, but it isn’t– in negotiations or in real life.  How does admitting you were wrong help?  First, bringing your mistake out in the open, shows you are human.  Acknowledging it shows you care.  In negotiations, it can disarm the other party.  It can bring them to your side, and create a connection.  How so? Human beings are “rescuers”.  They have sympathy.  And if you admit you are wrong, it allows them to be wrong, too.  Their defensive wall is taken down.  Dale Carnegie says this in his classic book, “How To Win Friends and Influence People” – “When you are wrong, admit it quickly and emphatically.”  He goes on to say, “You will never get into trouble by admitting you may be wrong.  This will stop all argument and inspire your opponent to be just as fair and open and broad-minded as you are.”

Confess when you make a mistake, and watch what happens with the negotiator, the other agent, your seller or your spouse.   This negotiator melted and emailed me back three times to discuss his cold, while working on my short sale approval.

Admitting you were wrong is the right thing to do.

Today, after getting approval on a short sale home in Destin Florida, I received a letter from the…

Where do you get your data when you get a new listing?  Do you just cut and…

The dogs were growling behind the chain link fence, pulling right up to the wire, low and…

Saturday August 29th…. Bryant Tutas and Wendy Rulnick will be interviewing a Short Sale Negotiator from one of…

Are you a U.S. military service member at Eglin Air Force Base who has been relocated by the…