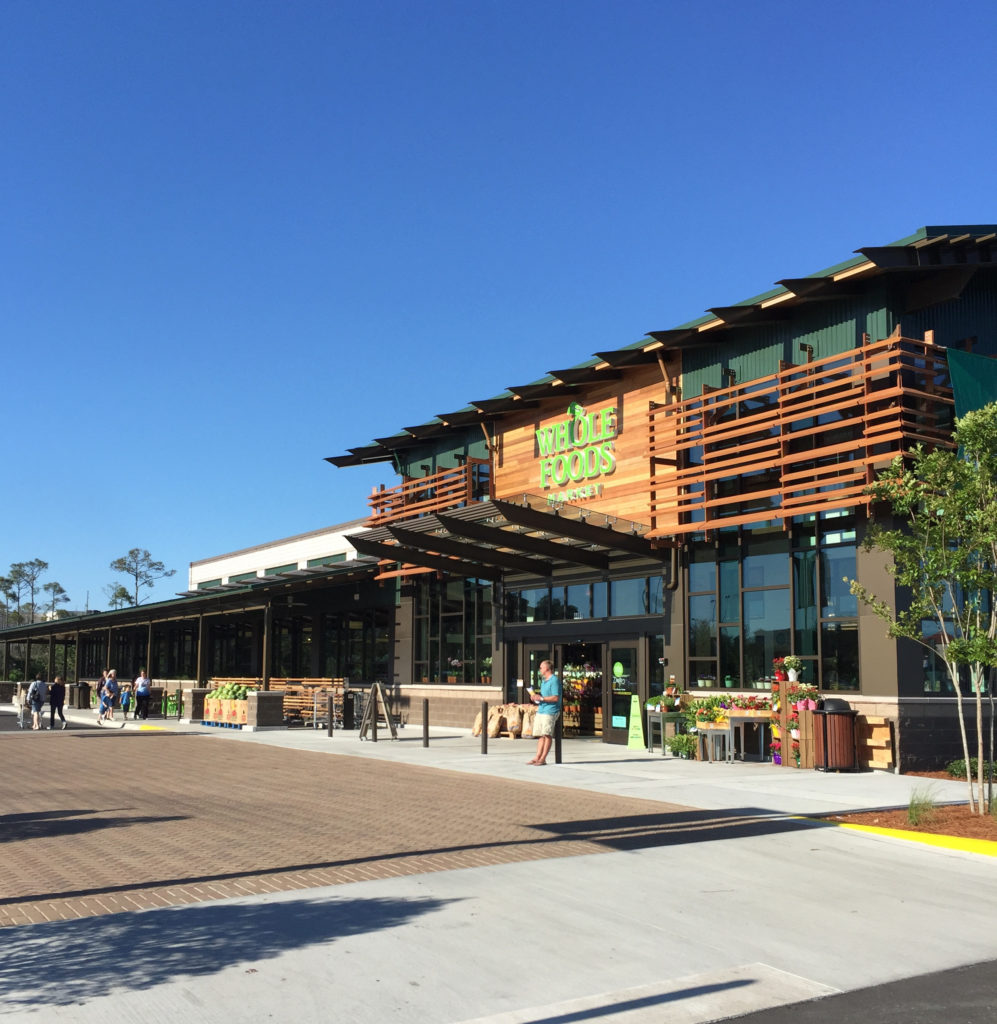 I couldn’t stand the excitement on Wednesday, waiting for my first opportunity to go to the grand opening of Whole Foods in Destin, Florida!  Finally, after a long day of work, I headed out. The parking lot was a challenge, but I luckily found a spot. The entire town of Destin and all its visitors had apparently descended on Whole Foods. I had never been to one previously, so this was a double thrill for me.  I tried to act casual as I strolled in with my carriage. Sure, I’ll do some real grocery shopping, I thought!  I pretended I knew what I was doing (Whole Foods – I go there all the time, right?)  I quickly bypassed the tub of broccoli for $5.99 and grabbed some blueberries and an onion.  After the produce section, the difficulty started.  I could hardly make it through the aisles with so many gawkers. 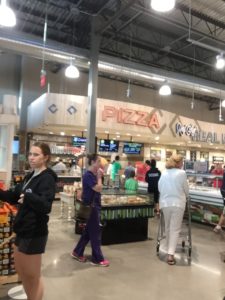 I noticed Whole Foods does not put prices on the front of its meat offerings. For example, the hermetically sealed, organically grown chicken, neatly and vertically displayed, had no prices to conceal the food. You have to pick it up and turn it over. (I wonder if this is psychologically intended to make someone purchase with their eyes, then their hands, so become committed before turning the package over and discovering the price of $20.00?)  Strolling around the outer perimeter, the fish looked good. There were several preparations of salmon that were pre-packaged and ready to cook. I didn’t notice lobster, but maybe I missed it. There was a cheese section that seemed a lot smaller than Fresh Market.  Along the wall next to the stand were non-cheese cheeses, perhaps tofu based.  The wine section had some interesting choices, not the regular selections you would find at Publix or Fresh Market.  Some of the bottles marked “great value” were the same price you can get at Publix (for example, Troublemaker $16.99). When I came across the self-serve prepared foods banquets, I found a smorgasbord. For example, there was even a small section of Indian food.  I’ve been dreaming of that ever since I moved to the area from Connecticut.  There were about four long buffet style lines of everything from chili, soup to wings, rices, sides, etc.  I did not have time to inspect it all due to the crowds. 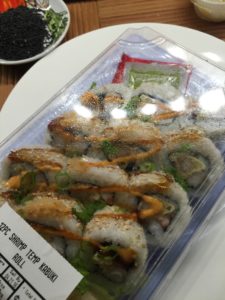 There was no way I could access the middle aisles, so I decided to try the sushi.  I asked if they had eel.  A manager quickly appeared and said they do not, because it is not sustainable. That shut me up and I felt stupid. So, I grabbed an innocuous shrimp tempura kabuki roll.  I asked for extra ginger and was cheerily given a little tub for free.  Note: At Publix, they do charge extra for the little tub. It looked like wasabi in the package, so I did not request any. I wish I had. The green stuff in the package was just some limp lettuce. The wasabi itself was in a teeny squeeze packet. This was inferior to Publix’s already included, generous amount of store-prepared wasabi.  As for the sushi, it was delicious.

Next time I go back to Whole Foods, I will check out the pizza and wine bars, plus the long wall of bring-home-for-dinner packages next to the buffet, and of course, get some Indian food!

Regatta Bay, the gated community in Destin Florida, has currently has 19 homes listed for sale. There are three homes under…

This Town of Santa Rosa short sale home has great potential for the handyman! Don’t let the boarded…

One year later, Bank of America finally caught on to the real pricing for this Quail Run short…