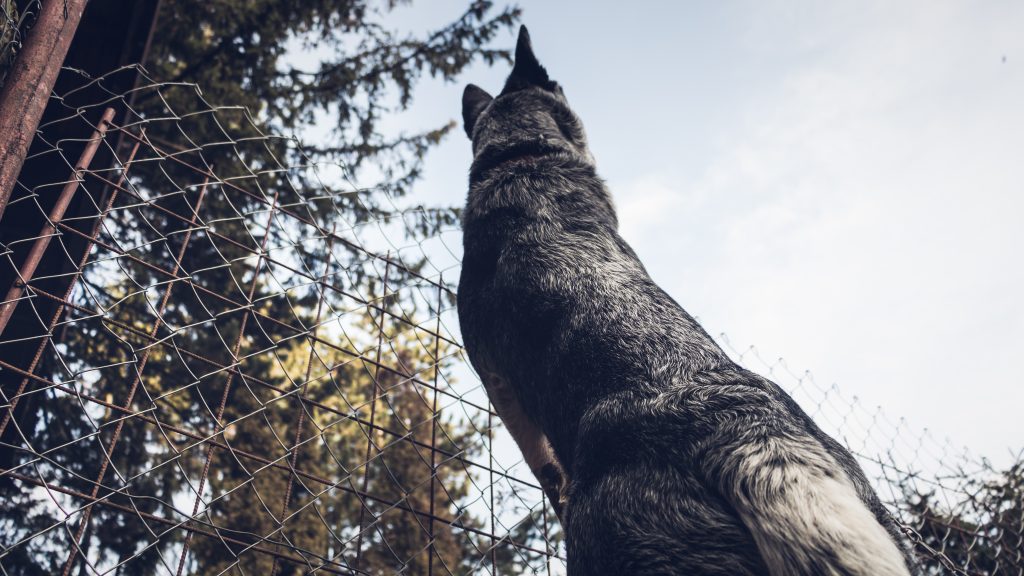 The dogs were growling behind the chain link fence, pulling right up to the wire, low and threatening.  They were gathered together, two or three of them, their heads perched over the top, staring at me.  I don’t know what kind of dogs they were, mostly black with light brown splotches, and large.  I had parked the car across the street on the side of the road, in front of the house I was going to inspect. It was vacant, a short sale property I had just listed in Crestview, Florida. The driveway was steep, so I didn’t want to pull up to the garage.  That would have been safer. Nor did I want to turn around and go back home, I had come all this way.

After I made the decision to go in, I got out of the car and did not look back at the dogs. I walked directly up to the front door. Trying to act confident with my body language. Petrified. There was an electronic lock, a tricky lock, called a KABA.  I’m usually not successful the first time I attempt to open one, so I was panicked. I had the code and was shaking, praying that it would open, as I heard the dogs growling in the background.  I got inside, wondering how I would leave. First things first.  I looked around the house and took notes.  It was empty except for some things left on the counters by the tenants, and a few cleaning items.  I couldn’t tell if anyone was coming back.  I finished up quickly.

Then I called my husband (like what could he do? He was at work!).  I told him I was really scared and did not know how I would get back to my car with those dogs acting like they wanted to attack me.  He told me to find something like a stick, so I would look bigger to the dogs. Ok, there was no way I was going outside the house to look for a stick! I thought of the mop that I saw inside the house. 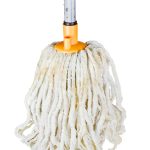 I took the mop, and a deep breath, and strode decidedly to my car.  Not too fast, but not slow. I was trembling inside, holding my body straight with the mop at the ready.  I got in the car and slammed the door, the whole time imagining the dogs making it through the crack of the door and getting to me! Then for some dumb reason which I cannot explain, I threw the mop out the passenger window onto the yard! (If anyone came back to the house, they would surely wonder about that.)

Sweaty and victorious, with my heart still pounding, I drove off to get a Starbucks!

What can you do if you are in a similar situation, with growling dogs threatening you?  Cesar Milan, the Dog Whisperer, states in “What to do When Dogs Attack”: “Once you have successfully used calm assertive energy to keep that dog back, claim your own space. If you happen to be carrying anything in your hands, like a cane or an umbrella, place it out in front of yourself to appear bigger and be more in command of your space.”   Or, better yet, leave!

My husband and I are astronomy buffs.  You can often catch us at home in the evenings watching…

As a Short Sale Specialist on the Emerald Coast of Florida, I sometimes run into a situation where…

The Seabreeze Jazz Festival is a yearly event held on the Emerald Coast of Florida. This year, the…

What does a Destin Florida real estate agent do for vacation? When you live by the beautful Gulf of Mexico,…

Just a few shots of the Destin Florida beach at James Lee Public Park and the Crab Trap….

Are you a U.S. military service member at Eglin Air Force Base who has been relocated by the…