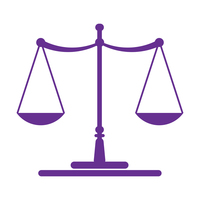 A few days ago I got a phone call from an old client.  He asked me to research a property for sale for him and the adjoining parcel, checking the zoning and sales history.  I did some preliminary investigation and discussed my findings, when he told me he actually had written an offer on this property a month ago with another agent – a friend of his.  I told him he should stick with that agent if he wanted to resubmit an offer. It was the right thing to do. He reluctantly agreed, as he felt the agent was “too busy” for him.  I followed up the next day and he was taking my advice and sticking with that agent.

Would most real estate salespeople have done this? I doubt it.

Here’s another example. I received a phone call from a buyer interested in seeing one of my listings in Santa Rosa Beach.  Quickly in the conversation, he mentioned he had looked at other houses in the area. I asked if he had an “agent”. He said he did not, but that so-and-so had shown him several houses as recently as the day before. I told him to call her. He was surprised, and protested at first, but said he would. I called the agent myself to let her know. She was in shock. She said she had tried to teach the buyer client about loyalty, but he didn’t get it. You see, she would not have been paid for her time had he purchased a home from somebody else.  Realtors work on commission.  The agent told me most agents would not have returned the customer and that she would never forget it.  She said most agents would jump at the chance to show their own listing and disregard the buyer’s previous business relationship.

If you have a Bank of America mortgage and are facing foreclosure, part of your principle may be forgiven if you…

Do you think short sales are over on the Emerald Coast of Florida? They are not. In the…

Are you at a loss for words with the Short Sale lender?  Here are some questions to pose when…